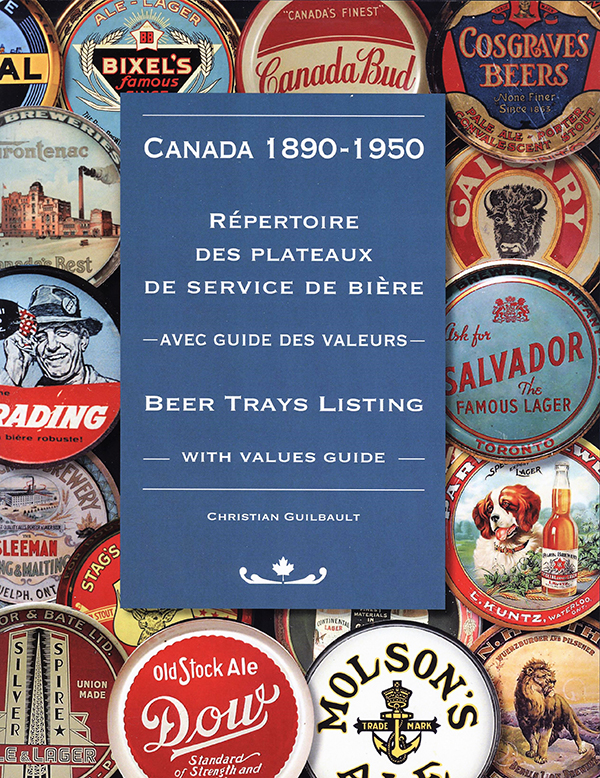 Many of you have heard me promise this book for at least 8 years. It is finally ready!!! It contains all the beer trays, change trays and tray liners from Canadian Breweries since 1890 that I was able to list with the help of many of you.
The book is fully bilingual and includes a price guide.
The cost of the book is $60. A comprehensive look at one of the industry’s most iconic firms, Brewed in the North sheds light on what it takes to succeed in the business of Canadian brewing. Lawrence C. Sherk was one of the country’s foremost collectors of Canadian beer memorabilia, with the second-largest collection of beer labels in Canada. In 2011, he donated nearly 3000 of his labels, most of them dating from before 1945, to the Thomas Fisher Rare Books Library at the University of Toronto, where they can be viewed as part of the library’s paper-ephemera collection. Before retiring in 2001, Sherk was a renowned horticulturist, though history was his first love.