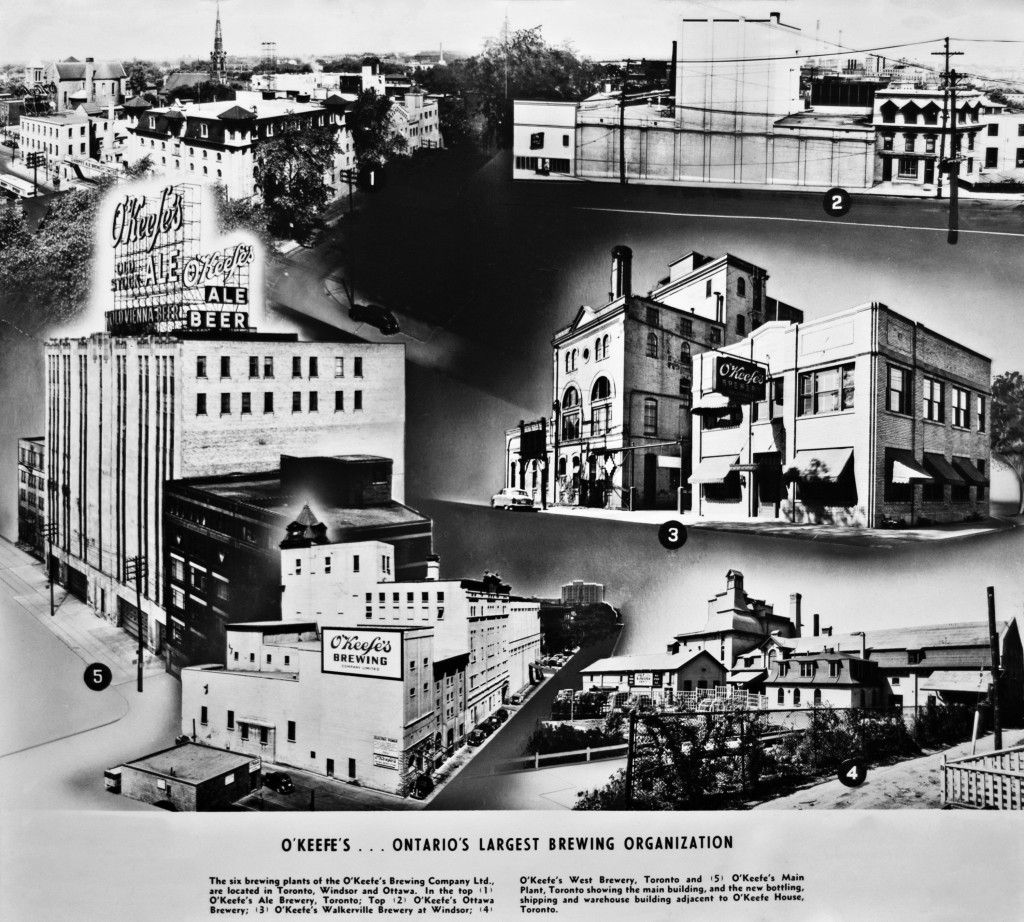 This photographic collage dates from the peak of E.P. Taylor’s domination of the Ontario Beer market (Circa 1950).

It started life as Toronto Brewing & Malting later becoming a Cosgrave’s plant, a vinegar factory, Canada Bud brewery and finishing at closure as a Dow plant.

It was opened for thirsty distillery workers as Walkerville Brewing & Malting later known as the Walkerville brewery and briefly as Carling’s.

It was first known as the West Toronto brewery but most famously known as Cosgrave’s, Cosgrave’s Export and Cosgrave’s Dominion.

Originally called the Victoria St. brewery but made famous by Eugene O’Keefe and continued with E.P. Taylor.

Interesting Note: O’Keefe’s East Toronto Brewery – 22 Mark St. is not shown as it was closed in 1949 and later suffered a devastating fire.